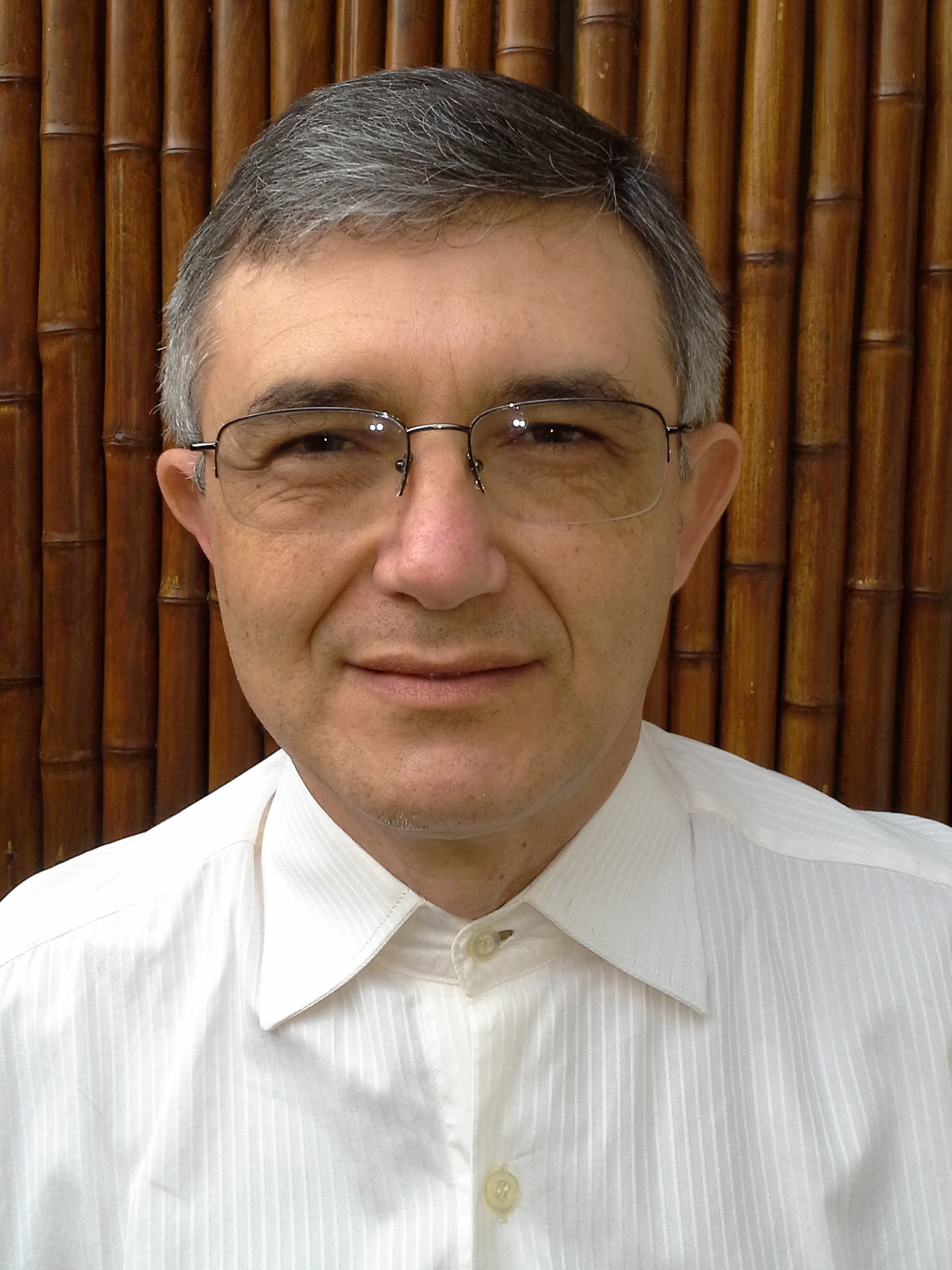 Lecture 2:   A central role forphasic dopamine reinforcement in the determination of agency and the discovery of                           novel actions. - Peter Redgrave (University of Sheffield, UK)

Round table 2:  Basal ganglia and the role of dopamine in learning and in motor activity

Round table 3: Dopamine and drug abuse

Undergraduate degree in medicine from UFMG. Specialized in psychiatry at the Clinical Hospital of UFMG. Ph.D. inCellular and Molecular Biology from the University of Rouen, France, with his post-doc in the same institution. Adjunct professor in the Department of Psychiatry of the School of Medicine at UFMG.

Undergraduate degree in Electrical Engineering from the Technical Institute of Aeronautics (1992) and Ph.D. inSciences (Human Physiology) from the University of São Paulo (1998). Associate Professor at the Federal University ofMinas Gerais (UFMG).

Fast scan cyclic voltammetry has become one of the most important tools for studying neurotransmitter release in vivo using a timescale of milliseconds.  The traditional alternative has been a technique using in vivomicrodialysis in which samples are collected in units of minutes. In spite of the potential of this newer technique, only few neuroscientists in Brazil have access to it. The objective of this workshop is to demonstrate the principles, protocols, and applications of this technique, using anesthetized and awake rats.  The participants will receive training on how to fabricate and implant electrodes to register electrochemical changes in dopamine levels in rodents and to analyze the data collected.

Check out the Programming

Registration will be carried out by FUNDEP. Click on the link below.

Influenced by artists such as Silvério Pontes, Zé da Velha, Maestro Duda, German Brass, Canadian Brass and the Philharmonic Orchestra of Minas Gerais, Uai Brass was founded in 2012 by four students from the School of Music at UFMG. Faced with a large repertoire of 5 trumpets, the quartet decided to transform itself into a quintet. Starting in 2013, the group joined the chamber music class of professor Celina Szrvinsk, whose guidance they considered crucial to their development.

Professors of piano and chamber music at the School of Music at UFMG.

Formed in 1984, the duo is recognized as one of the best in the country. They have been invited to the main concert series and venues in Brazil. Outside of Brazil, they have performed in Germany, Switzerland, Italy, Canada, Russia and Japan. They have also performed as soloists with such Symphony Orchestras as: São Paulo state, Minas Gerais, Campinas, USP, National, Polish Chamber Philharmonic, Baden-Baden Philharmonic and Bach-Orchester Herzogtum-Lauenburg.

There will be lectures given by specialists in the use of Fast scan cyclic voltammetry in different applications. A special emphasis will be given to the application of this technique on dopaminergic neurotransmission in learning processes, in alcoholism and neurodegenerative conditions.

With project Reuni, a specialized group of Popular Music was created in the School of Music at UFMG.The presentation of this group is another opportunity to experience together the science of musical legacy, a knowledge that is being created and recreated every moment. It's in this moment that there is a confrontation between the past that wants to survive in the present and the passing of all time, which is like an invitation to new things. It's in this time and space that music exists, and this meeting between that which has happened and that which will, is where its beauty seems to flow.